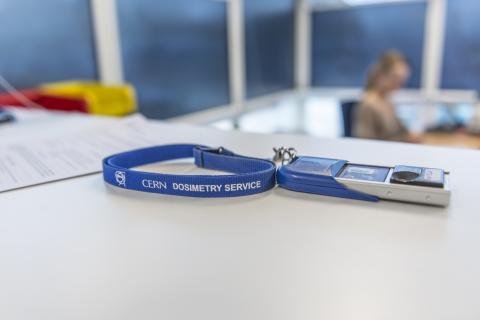 The Dosimetry service informs you that there is a change in the medical follow up of employed members of the CERN personnel (MPE) and associated members of the personnel for the purpose of training (MPA-t: doctoral, technical and administrative students or trainees) working in CERN Radiation Areas

As defined in CERN Safety Code F, category B worker are occupationally exposed persons who may be exposed in the exercise of their profession to an individual dose of less than 6mSv in 12 consecutive months.

Category B radiation workers have been, until now, subject to medical surveillance related to their occupational exposure to ionizing radiation by CERN’s Medical Service.

Following a recommendation by the International Commission on Radiological Protection (ICRP), medical surveillance related to occupational exposure to ionizing radiation it is no longer required for category B radiation workers under European law (Directive Euratom 2013/59) and in Switzerland (decision of Swiss National Accident Insurance Fund, SUVA, of July 2016).

CERN has decided to follow this trend and to discontinue, medical surveillance related to occupational exposure to ionizing radiation of all category B workers among its MPE and MPA-t population (cf. attached memorandum [EDMS 2088793]).

As CERN workers, they will, of course, continue to be subject to medical surveillance by CERN’s Medical Service in accordance with the CERN Staff Rules and Regulations and the CERN Safety rules. In this context, please regularly fill out the OHS-0-0-3 form (https://edh.cern.ch/Document/General/OHS) with your supervisor to identify any occupational hazard you may be exposed to in your work.

For information, medical surveillance of associated members of the personnel (other than MPA-ts) remains the responsibility of their employer.

Should you have any questions on the above, please contact dosimetry.service@cern.ch .

Ferme l'apres-midi, Closed in the afternoons